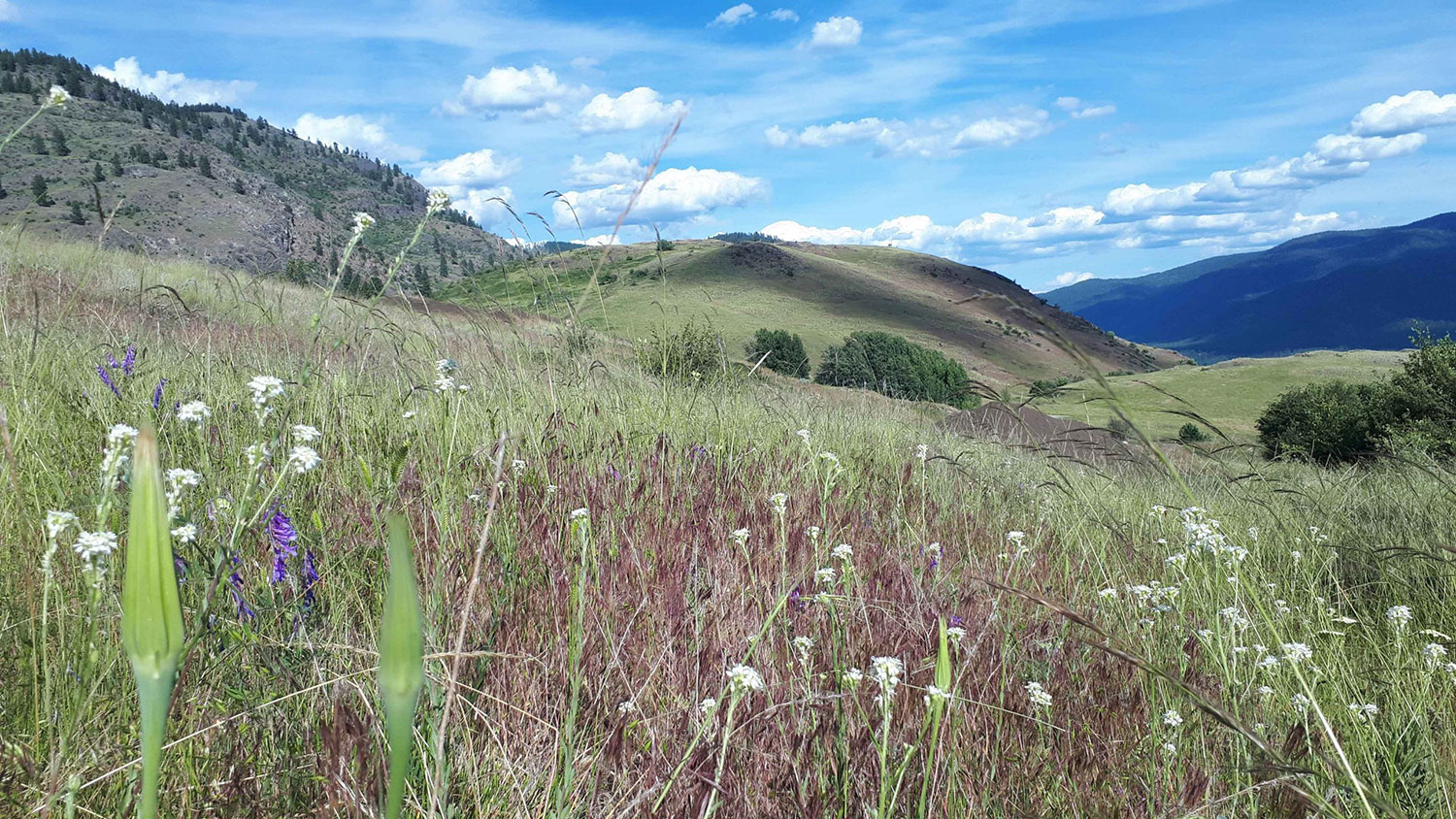 DL 492 to be conserved forever! 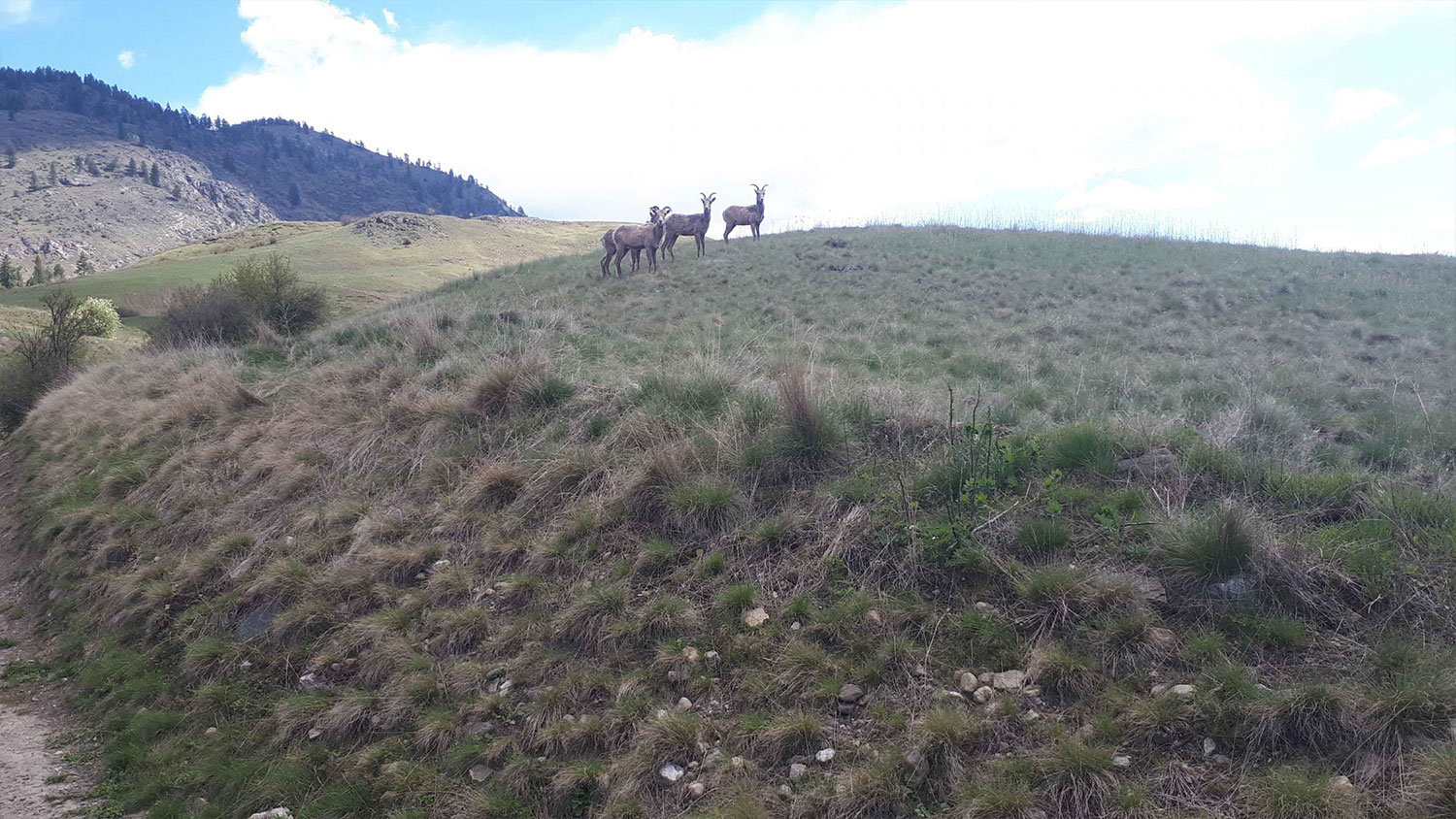 SILT has an agreement to purchase 109 hectares (270 acres) of rare grassland habitat near Grand Forks. We need to raise $117,000 this month! Please help create another lasting legacy for wildlife. Click here to DONATE. Every dollar matters! Donations are tax deductible.

DL 492 is open, rolling hills of bunchgrass interspersed with patches of trembling aspen-rose thickets. The property is year-round habitat for a healthy herd of 200-300 California bighorn sheep. Rams and ewes of all ages use the land. It is also excellent winter and spring range for mule deer and white-tailed deer. Several species-at-risk occur, including rattlesnake, gophersnake, spadefoot toad, tiger salamander and badger.

Email questions or comments to: office@siltrust.ca

The Southern Interior Land Trust (SILT) has purchased 4.9 hectares (12 acres) of seasonally-flooded mature water birch forest, on the banks of Keremeos Creek near Olalla, between Penticton and Keremeos.

The property is a gem of intact streamside Water Birch forest, one of very few remaining in the Okanagan-Similkameen. It provides habitat for at least five federally-listed species at risk, including the Yellow-breasted Chat, Western Screech Owl and Lewis’s Woodpecker. It is also good habitat for deer, bear, bobcat and badger that travel across the valley, and for rainbow trout in the creek.

SILT is a volunteer-run, not-for-profit charity dedicated to conserving land for all living things. SILT works to acquire those gems and jewels of wildlife habitat that act as “stepping-stones” for animal movement through developed areas.

SILT believes that maintaining public access to its conservation lands rewards and further engages the people that support and benefit from habitat conservation. SILT thanks everyone who donates to support SILT’s work. SILT also recognizes the Habitat Conservation Trust Foundation (HCTF) and the hunters, trappers, guides and anglers that contribute to the HCTF through their licence fees, for making a significant financial contribution to the R.E. Taylor Conservation Property purchase.

“The HCTF is very pleased to contribute to the purchase of this property to protect some very rare undisturbed valley bottom habitat in the Okanagan,” says HCTF CEO Brian Springinotic. Though the Foundation was not aware of SILT’s plan to name the property after Ron Taylor when it decided to support the project, Springinotic says it’s a fitting tribute. “Naming this property after Ron is a fantastic way to recognize his many contributions to conservation in BC, including past participation on the HCTF Board of Directors.”

Learn more and donate to support SILT at: www.siltrust.ca. Tax receipts will be issued for donations of cash, land or bequests.