At the SILT AGM we held a discussion on whether or not Western Painted Turtles had any special status in British Columbia. Interestingly enough, The Okanagan Sunday Editorial published a very interesting article on the subject (see “Scientists solve puzzle of turtle’s genetic code” on Page A4, Okanagan Sunday, April 7, 2013).

It says that Western Painted Turtles are the most abundant turtle in North America and are doing well east of the Rockies. However, they are listed in the federal Species at Risk Registry as endangered on the Pacific Coast and a species “of special concern” in the interior of BC. You may be interested to know that Western Painted Turtles have a special genetic makeup that has just been decoded. Their genes allow them to freeze solid and return to life unharmed when thawed and to hold their breath for 4 days under normal conditions and 4 months when hibernating. Individuals can live for more than 40 years and as a species they have remained unchanged for 210 million years. Download a pdf of the article.

Preservation of habitat for the Painted Turtle is critical to their survival, particularly in the interior of BC. A recent trip to one of ORWHFS properties, Edwards Pond, showed a healthy population of Painted Turtles. 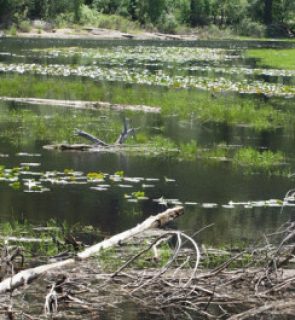 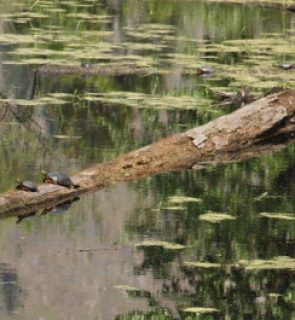