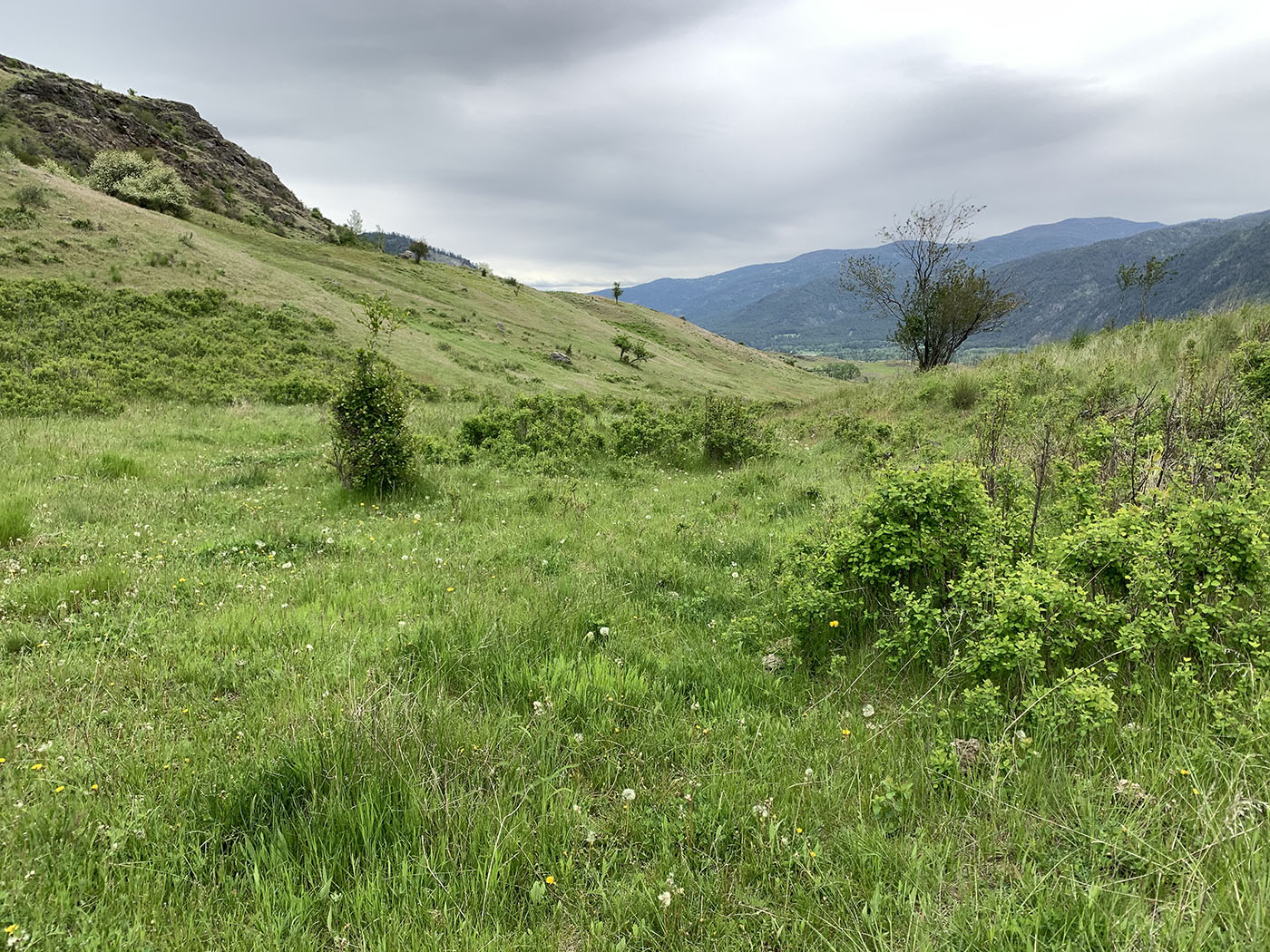 In November 2020, SILT acquired an additional 35 hectares (86 acres) of grassland habitat east of Grand Forks on Morrissey Creek Road, adjacent to its other DL492 property. This additional land secures and provides even more year-round habitat for a herd of 200-300 California bighorn sheep. Rams and ewes of all ages use the land. It is also excellent winter and spring range for mule deer and white-tailed deer. Several species-at-risk occur, including rattlesnake, gophersnake, spadefoot toad, tiger salamander and badger.

The property is a gem of intact streamside Water Birch forest, one of very few remaining in the Okanagan-Similkameen. It provides habitat for at least five federally-listed species at risk, including the Yellow-breasted Chat, Western Screech Owl and Lewis’s Woodpecker. It is also good habitat for deer, bear, bobcat and badger that travel across the valley, and for rainbow trout in the creek.

In 1991, the ORWHFS purchased Edwards Pond, a former oxbow of the Kettle River located in Grand Forks. This is a 50-acre property that supports a variety of species, including an abundant population of Western Painted Turtles, which are a species of special concern in interior British Columbia.