Sheep on the Westside of OK Lake

Welcome to our blog 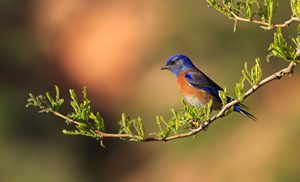 The Award was presented to Ron at Oceola’s 61st annual banquet, in recognition of his many contributions through volunteering in multiple not-for-profit organizations and his endless efforts towards conservation and habitat restoration throughout the province. 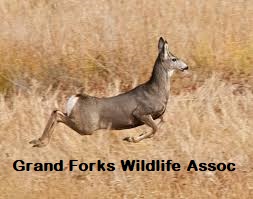 SILT has an agreement to purchase 109 hectares (270 acres) of rare grassland habitat near Grand Forks. We need to raise $117,000 this month! Please help create another lasting legacy for wildlife. Click here to DONATE. Every dollar matters! Donations are tax deductible.

DL 492 is open, rolling hills of bunchgrass interspersed with patches of trembling aspen-rose thickets. The property is year-round habitat for a healthy herd of 200-300 California bighorn sheep. Rams and ewes of all ages use the land. It is also excellent winter and spring range for mule deer and white-tailed deer. Several species-at-risk occur, including rattlesnake, gophersnake, spadefoot toad, tiger salamander and badger.

The Southern Interior Land Trust (SILT) recently added a fifth property to its conservation holdings—a gem of intact streamside water birch habitat on the banks of Keremeos Creek near Olalla.

On Saturday, September 28th, SILT dedicated it the “R.E. Taylor Conservation Property” to honour Ron Taylor of Winfield, BC, in recognition of Ron’s life-long commitment to wildlife conservation. A career teacher and avid outdoorsman, Ron has influenced and mentored hundreds of young and old hunters, fishers, trappers, biologists and conservationists. Ron, through his strong conservation ethic, has always spoken on behalf of fish and wildlife and for the wise use of wild spaces.

Ron helped to create SILT, a non-profit land trust, and has served on its Board of Directors since the society was formed in 1988. He has been an active member of the Oceola Fish and Game Club for decades and has also served on its executive and that of the BC Wildlife Federation. Ron spent years advocating for a balance of natural resource use and protection at the Okanagan-Shuswap Land and Resource Management planning table. He has also served for several years on the Board of the Habitat Conservation Trust Foundation. Ron’s willingness to share his time and knowledge to so many fish and wildlife related endeavours has had positive and lasting impacts on natural resource management in BC.

SILT works to keep its properties open to all types of wildlife-related recreation. SILT believes that doing so rewards the people that contribute to habitat conservation. Partial funding to purchase the R.E. Taylor Conservation Property came from the Habitat Conservation Trust Foundation. SILT appreciates the hunters, trappers, guides and anglers that support the foundation through their licence fees, and SILT’s other donors that help make our habitat acquisitions possible—for all living things

Wetlandkeepers Courses are delivered by BCWF and cover a standard set of skills related to wetland classification, plant identification, and soil analyses. For more information, see their website:

In addition to the standard Wetlandkeepers Course content, this event involved an in-depth community-based conversation about Ginty’s Pond. Many Cawston (and area) residents recounted memories of the pond when it would have been classified as a shallow open-water wetland, rather than the cattail marsh that exists today. Some community members expressed a concern for the pond’s current appearance, and expressed a desire to restore it to its former state to facilitate recreational uses like ice skating and boating. SILT’s executive director, Al Peatt, expressed his understanding that a 7:3 ratio of open water to emergent vegetation would optimize habitat value for wildlife.

Pictured above is Peter Nazaroff from Vulcan Consulting presenting a cheque for $2,000 to SILT President, Ross Everatt.

Mr. Nazaroff wanted to support SILT’s efforts to protect and secure conservation lands and also appreciated the fact that SILT’s Board of Directors are 100% volunteer.

Volunteer President Ross Everatt has installed a replacement sign at SILT’s Ginty’s Pond at Cawston. The pond is valuable habitat for waterfowl, songbirds, painted turtle and other wildlife. The pond  has also been a community gathering place, such as for ice-skating parties in winter. Ginty Cawston was a son of a local pioneer and owned the property; his family wanted the pond preserved in honour of Ginty’s love of nature and community. SILT acquired the property in 1991.

Last week, the BC Wildlife Federation Wetlands Team hosted a 2-day Wetlandkeepers community workshop focussed on Ginty’s Pond. SILT appreciates the support and interest of the community in keeping the pond productive and enjoyable — for all living things!