Home > News > Board of Directors 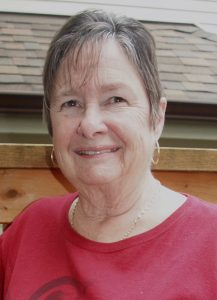 With two new properties and a third on the way, the Southern Interior Land Trust (SILT) is expanding its land holdings and raising its profile throughout BC’s southern interior. “Our trust sees a need to strategically acquire and protect stepping-stones of habitat that allow wildlife to move through developed areas” said incoming president Judie Steeves. “Loss of travel routes and secure feeding areas prevent wildlife from adapting to the uncertain effects of climate change—we need to fill those gaps.”
Steeves grew up in the Okanagan and is a well-known writer, outdoors enthusiast and conservation volunteer. She replaces past-president Ross Everatt, who recently retired from the SILT Board. “Ross led SILT with distinction for many years” said Steeves, “the care and attention he provided to SILT, its properties and mission is much appreciated.”

SILT is actively recruiting new volunteer Board members. “We are pleased that Kasey Moran, a former director and UBC doctoral student has returned to our board”, added Steeves, “Kasey is young, energetic and caring of our environment. She is part of the future, and upcoming generations of conservationists.” If you have a passion for wildlife and want to contribute your special skills and experience to our board, please contact Executive Director Al Peatt at office@siltrust.ca.

SILT is seeking donations to acquire another 86 acres of good-quality habitat for bighorn sheep, deer, and species-at-risk including rattlesnake, gopher snake, American racer, spadefoot toad and tiger salamander. Lot A DL 493 is just two kilometres east of Grand Forks. “The Grand Forks area is a too-often-overlooked jewel of biodiversity. It’s been a SILT priority for conservation for decades”, said Peatt.

Acquiring land for wildlife is crucial but owning it is not enough. SILT thanks the Habitat Conservation Trust Foundation for its recent contribution to maintain and manage SILT’s R.E. Taylor Conservation Property near Olalla. SILT will undertake physical works there to improve public access starting in October, after the birds have nested and the reptiles and amphibians are less active.